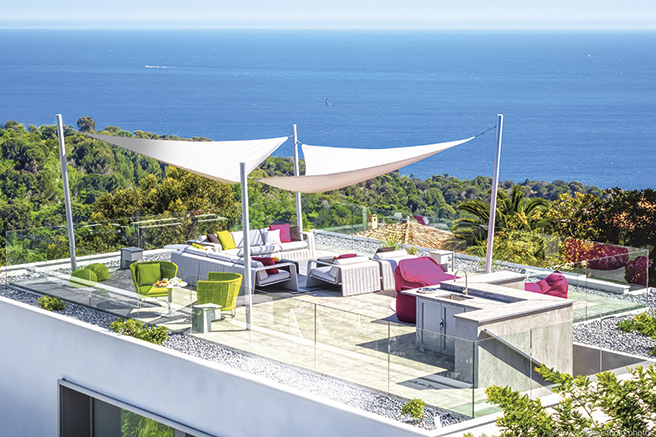 Seasonal rentals in the Alpes-Maritimes

Seasonal rentals in the Alpes-Maritimes

One of the départements welcoming the highest number of tourists in France, the “06” offers over 40 km of beaches and a very densely built-up coast, though its hinterland and hilly areas actually occupy 90 % of the territory. In summer, the coastal area beckons to well-off visitors from all over the world, with Cannes capturing everyone’s attention with its numerous festivals.


Each year, 10 million visitors flock to the Côte d’Azur, a tourist spot of world renown, and the second most popular in France after Paris. Once much favoured by the British aristocracy and White Russians, it endowed itself over the decades with sublime villas in “Belle Epoque” style, souvenirs of an era when winter residences hosted sumptuous receptions. The Riviera’s vocation is thus both cultural and historic : and 40 % of its working population now owe their jobs to tourism. According to the Observatoire du Tourisme de la Côte d’Azur, seasonal rentals account for 6 % of stays, with hotels chalking up 50 %.

According to Judith Davis of the Impact agency : “On Cap d’Antibes, the market for summer rentals is picking up steam”. While properties right at the water’s edge win all the votes, being within walking distance of the beaches is enough to convince English and American clients, both enjoying a favorable exchange rate. Budgets range on average from 60,000 € per month in summer - bringing a house of 300 m2 (with five suites) a short walk to the beaches - to 80,000 €, the rent required for slightly superior appointments and a real view of the Mediterranean. The retreat on the part of the Russians is being offset by a comeback staged by Middle Eastern clients, fond of 24/7 service and spacious apartments and penthouses on the Croisette. Villas in Cannes range from 50,000 to 80,000 € per month in July or August. The lower end of the price bracket allows one to envisage a pretty house of 250 m2 (four suites) in La Croix-des-Gardes. Reservations are made at increasingly late stages, and stays have been shortened to one month, or even two weeks, showing a strong inclination on the part of the clientele to make frequent changes in their holiday destinations. A fortnight is still, in fact, the holiday format traditionally preferred by the British.

“The One” offers living space of 313 m2 (four suites and an independent apartment) in grounds of 1,690 m2. On the programme, a spectacular view of the Mediterranean and Cap d’Antibes, an outdoor cinema, an infinity pool with underwater music system and a cocktail bar on the roof. 75.000 €/month. Rosengart Luxury Real Estate Monaco (00 377 93 50 00 30). 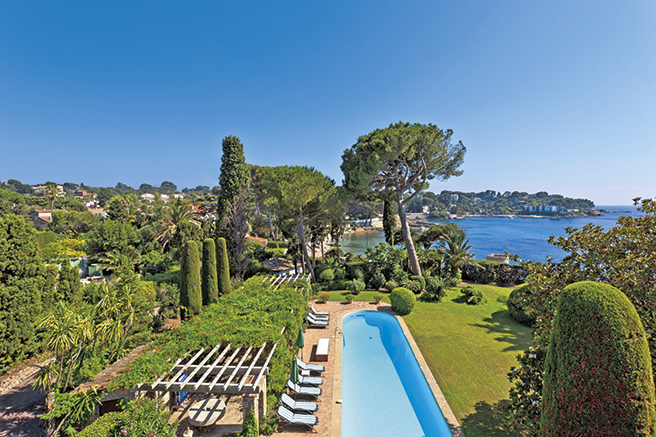 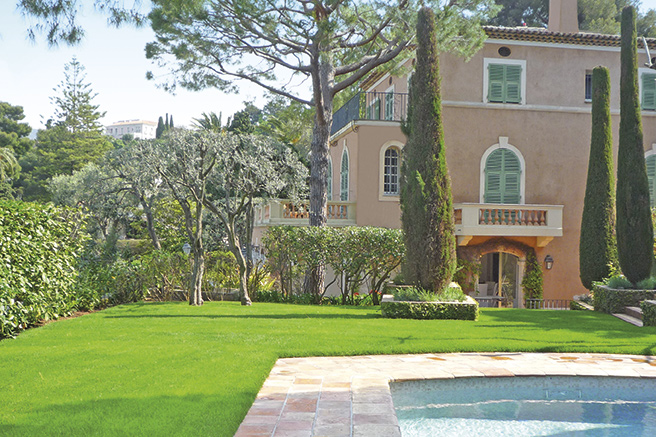 Right in the middle of the congress period in Cannes, Emmanuelle Furrer of the Impact agency is very pleased with the first results : the MIPIM is looking more promising than in 2015 and the success of the Lions congress is being confirmed. At the beginning of March, there were already no more availabilities. This is by far the most important congress in Cannes, ahead of the International Film Festival, for which potential clients wait for the selection and choices of the jury to confirm or cancel their bookings. But here again the trend is clear : stays are reduced to 5-6 days and companies send smaller delegations. During the MIPIM, a high-end 2-bedroom apartment costs 5,000 € per week, a penthouse on the Croisette 40,000 € per week. During the Lions congress, the prices posted rise by 25 %. Owners have clearly anticipated enthusiasm for this event and raised their prices by a significant notch. On the other hand, they refuse to accept the new arrangements for the Film Festival and lower their prices.

In Monaco, Christian-Alexander Rosengart of Rosengart Luxury Real Estate looks upon seasonal rentals as a logical and complementary service to the sale of properties in the Principality. “In the high season, residents of Monaco take up their summer quarters on the Côte d’Azur, in substantial villas with luxuriant gardens, languishing peacefully by the pool, on one of the capes, or in the Gulf of Saint-Tropez. In search of spaciousness, a commodity often lacking in the world’s most densely built-up micro-state, they combine an enviable address with a villa and facilities typical of conciergerie services in palatial hotels.” They all want house staff to maintain and guard the premises, look after children, prepare meals or drive the family around. They appreciate quietness and privacy. As offered by a comfortable property on a gated estate in Valbonne, with six suites and very modern furnishings, for rent at 25,000 € per month. “Agents cannot content themselves with merely placing a property at their clients’ disposal, they have to ensure that tenants enjoy an enchanting stay, free of any logistical contingency.” Another villa, overlooking La Californie and offering a sublime view of Cap d’Antibes and the Bay of Cannes, is a perfect illustration of the increasingly pronounced taste for service and entertainment, with its open-air cinema, infinity pool with underwater music, a cocktail bar of the roof, and many scenarios for lighting ambiances in the garden. The cost of the four suites and self-contained apartment ? 75,000 € per month.

“Since mid-February, we have received lots of calls for the area around Cap Ferrat,” say Frédérique Mathias and Véronique Deguilhem of Azur Méditerranée. Despite the drop in the rouble, Russian clients still favour the lush peninsula and nearby towns close to the sea. While some request options from one year to the next, others change regularly, reserve late and bargain ferociously. These clients, aged from 30 to 60, plan stays of two to three months, installing their families and staff in properties for the whole summer. A house of 200 m2 on Cap Ferrat with a garden, pool and glimpse of the sea starts from 50,000 € per month. A budget which allows for more generous living space, refined appointments and a real panoramic sea view, in the neighbouring communes of Villefranche-sur-Mer or Beaulieu-sur-Mer. On Cap Ferrat, the average summer rental is close on 100,000 € per month. According to the Azur Méditerranée agency, Russians account for two-thirds of the market while the Chinese are still in a minority, the Americans rather hesitant, Middle Easterners more drawn by Cannes, and North Europeans more inclined to acquire a holiday home from 600,000 to 3 M € than to rent a holiday home.