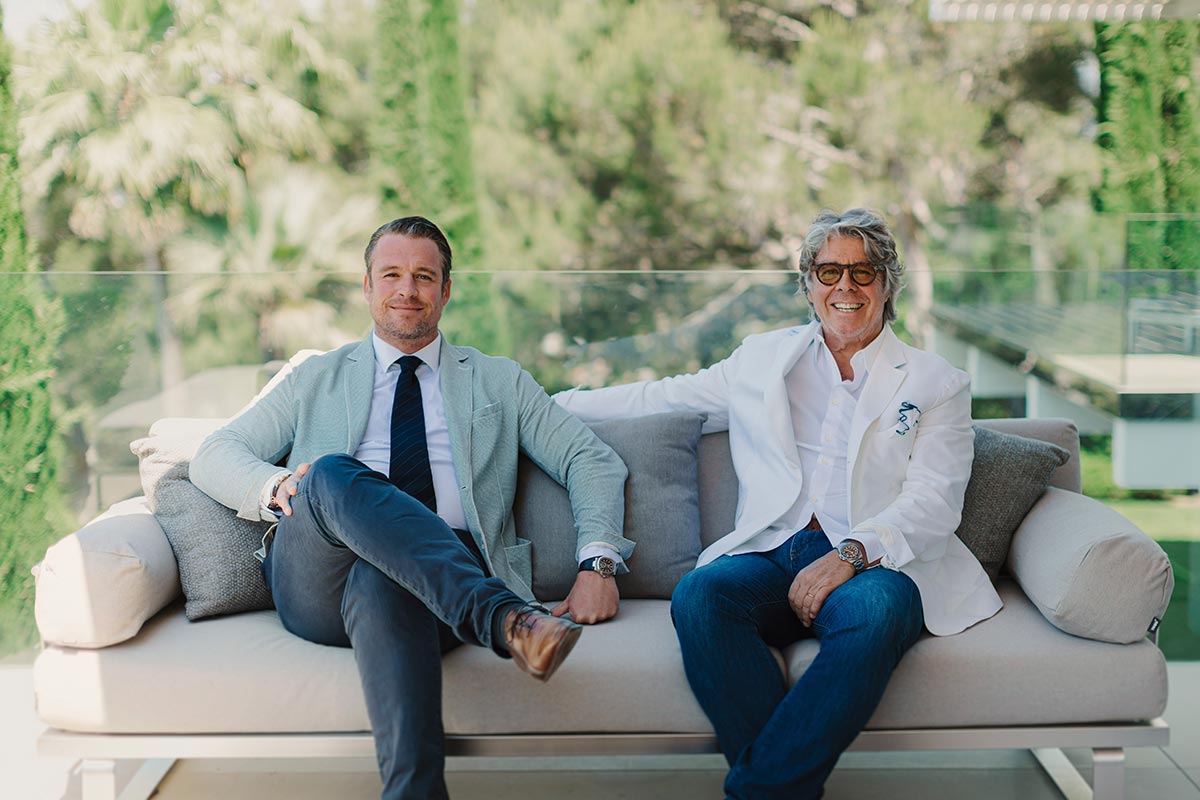 In 1977, Michaël Zingraf founded an agency bearing his name on the Croisette in Cannes. His son, Heathcliff, looks back over a success story of more than 40 years, elegantly demonstrating that an entrepreneurial culture can also be a wonderful family affair...


It all began with love at first sight when Michaël Zingraf, of German descent, discovered the Mediterranean coast. A sun-blessed region, whose finest properties he would sell. In 2001, Heathcliff, then aged 20, joined the adventure with the name of Zingraf already resonating in the Festival City, Mougins, Saint-Paul de Vence and Saint-Tropez. “For a full six months, I carried my father’s briefcase and was in charge of photocopies,” he recalls with amusement. “But above all, I observed and learnt. I sold my first apartment, then a more substantial property, a villa, several of them… I passed through all the different departments. Most of all, I enjoyed meeting people, the quality of our relationships, and the estate agent’s profession.” Almost two decades later, the figures are staggering : 19 agencies, over 80 employees, turnover of over 14 million euros, 2,000 properties for sale and to rent, from 1 to 350 million euros. Becoming an affiliate of the Christie’s International Real Estate network for the Provence-Alpes Côte d’Azur region in 2012 contributed to Zingraf’s exponential development. Its keys to success ? Dynamic marketing, a 2.0 conversion undertaken at the right time, service extended to include financing and asset management, trademark licence development, not forgetting management ! “We are one big famiy. We set great value on human ties, foster synergy and encourage meritocracy. Adherence to a collective project depends on personal fulfilment,” says Heathcliff. “The goal for 2028 is 50 offices. You always have to shoot for the moon : even if you fail, you’ll land on a star...” Heathcliff has apparently made Oscar Wilde’s motto his own. For the time being, there’s no question of failure. As evidenced by the recent sale of “Le Grand Jardin “, the only private property on the Isle of Sainte-Marguerite, a sumptuous estate of about 3.2 acres with living space of 1,200 sq.m including 17 suites. In the past, the site played host to illustrious residents such as Louis XIV and Cardinal Richelieu, responsible for building its outer walls. Over the coming months, it will be transformed into a private residence worthy of the world’s most palatial properties.

Father and son, facing in the same direction. 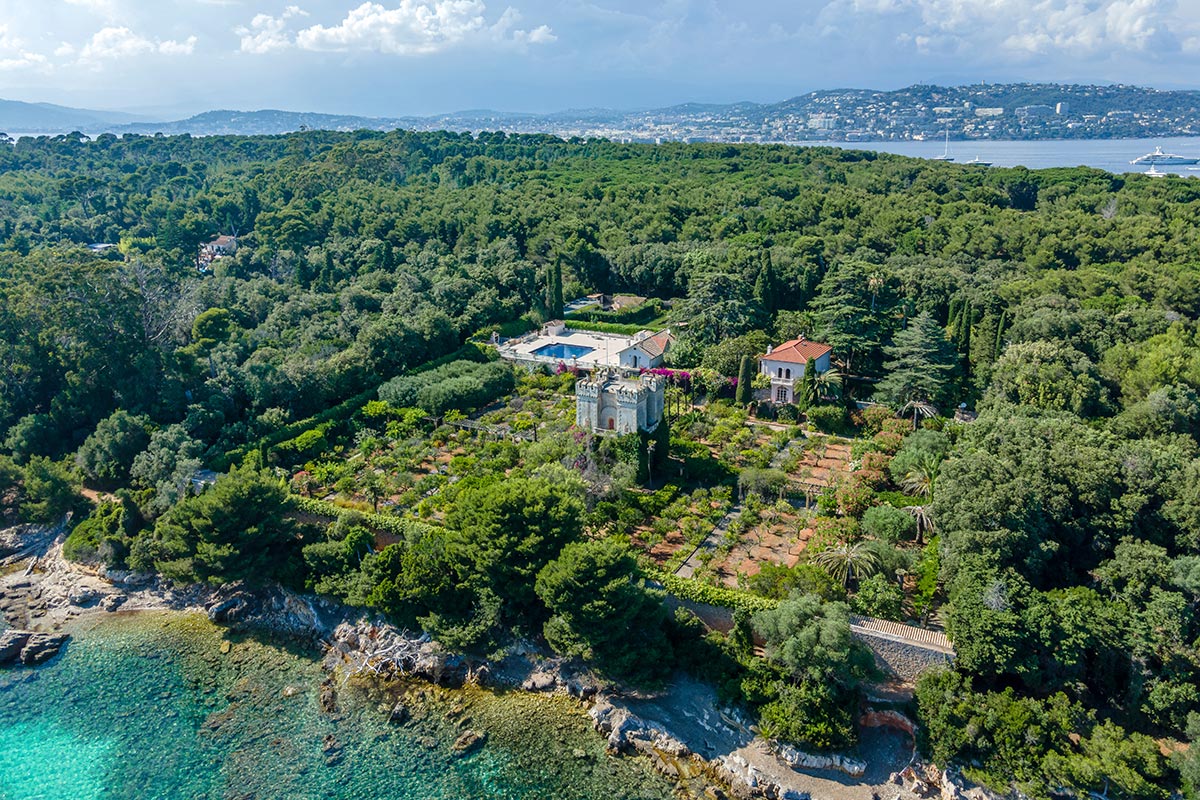 The only private property on the Lérins Islands, with living space of 1,200 m2 in 3.2 acres of walled grounds, “Le Grand Jardin” has just found a taker. 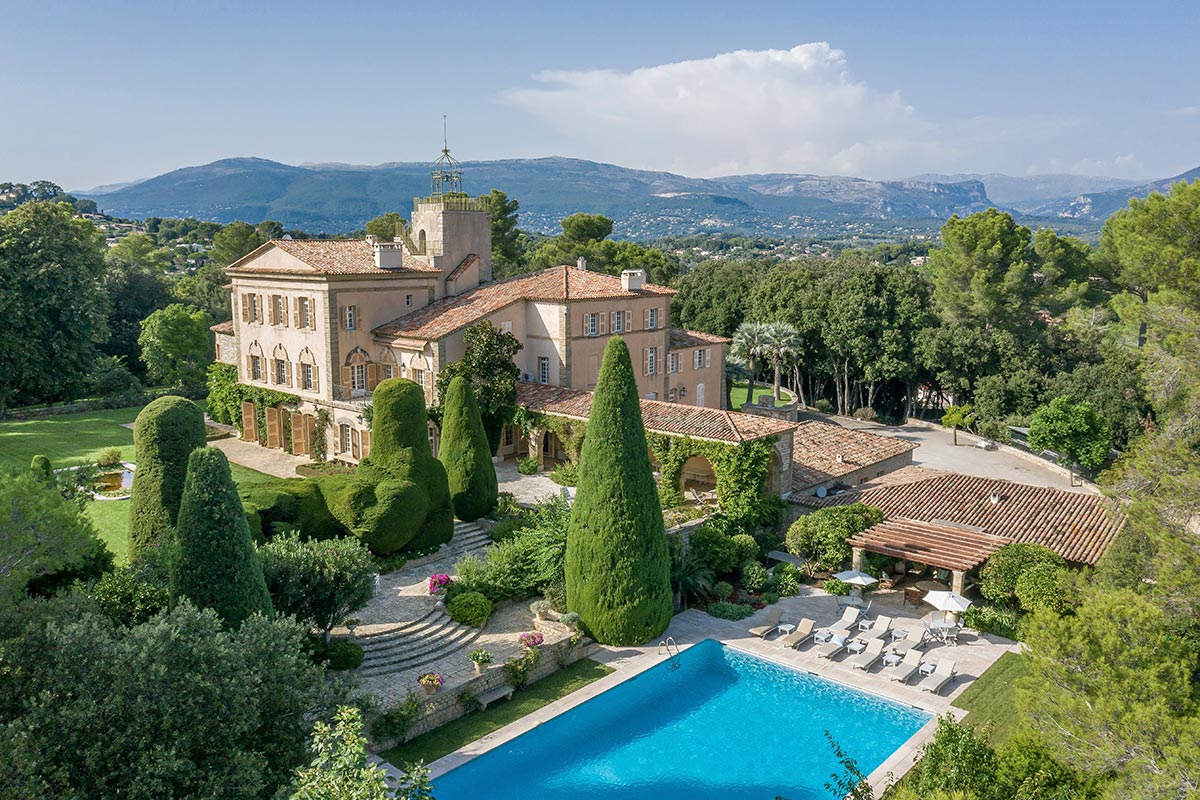 JF Kennedy appreciated summers spent in this majestic property of 1,000 m2 in 44.45 acres of grounds.