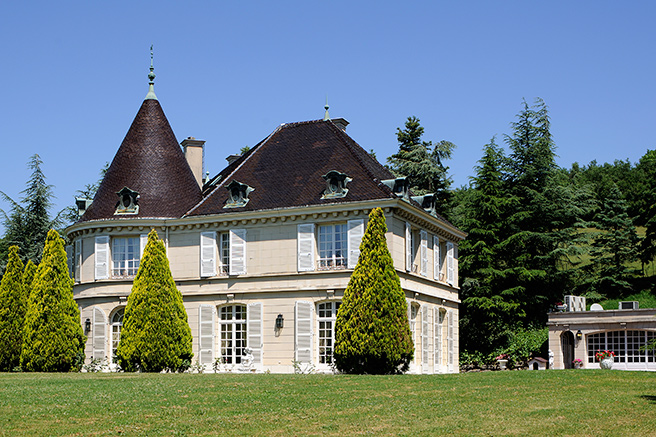 LES MONTS D’OR AS SEEN BY THE BARNES AGENCY

LES MONTS D’OR AS SEEN BY THE BARNES AGENCY

Lying in the western part of Le Lyonnais, less than 30 minutes from Place Bellecour, Les Monts d’Or have seen a marked rise in demand in 2017. Drawing an active clientele with high purchasing power, communes comprising Les Monts d’Or are popular for their peacefulness, their “village” and “country” atmospheres, and the quality of their properties. Interview with Thomas Vantorre, Manager of Barnes International Realty agencies in Lyon...


Consisting of 12 very quiet and charming communes, Les Monts d’Or offer an ideal compromise between town and country. Over the past year, the area has witnessed a wave of popularity, attracting a wealthy clientele from Lyon. “It is a market which has undergone a real metamorphosis since the end of 2016 and early 2017,” explains Thomas Vantorre. “Previously, Les Monts d’Or had a stock of over 250 houses on their hands ; it was an area that no longer appealed to buyers. Today, that same stock has fallen to about 70 properties. Senior executives, company directors and self-employed professionals have set their sights on the region, and prices have risen significantly. In Saint-Cyr-au-Mont-d’Or, one of the most highly-prized communes, the average price per sq. metre is now 3,800 €, within a bracket ranging from 2,400 to 5,000 € per sq.m. To acquire a property in the area, one has to bear in mind that the median price is 630,000 €, whereas sales handled by Barnes tend to be more like 1 million euros on average. We recently sold a contemporary house of 310 m2 in Saint-Cyr, offering a pool and a very lovely view, priced at 4,300 € per sq.m. In Couzon, a less popular village though just as charming, we also sold a château of 850 m2 in need of renovation, surrounded by a wooded park of almost 10 acres, for under 700,000 €.” Boasting very enviable houses and large properties with large parks and pools, Les Monts d’Or certainly present a prestige market in some of the most sought-after communes, though also some good opportunities for less well-off buyers in its villages along the River Saône. What about 2018 ? “Enthusiasm for Les Monts d’Or is not going to dry up, it will become even stronger. Since September, we have in fact noticed a growing number of transactions in this area involving properties priced above 2 million euros.”

Located in Limonest at the gateway to Les Monts d’Or, this superb property in neo-classic style, in a landscaped park of 17,000 m2 with a pool and tennis court, consists of a master residence of 540 m2 (5 bedrooms including 2 master suites) and a summer house of 440 m2 (2 bedrooms). A hammam, an indoor pool with a tropical garden and jacuzzi, and a garage, gracefully complete the amenities offered by this luxury property. 2.995.000 €. 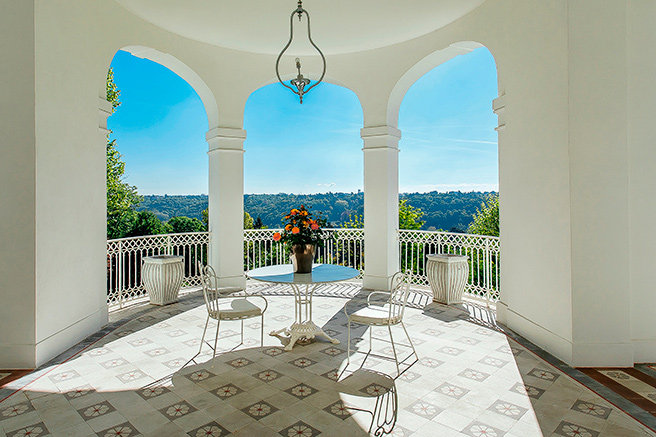 In the midst of a wooded park of approx. 2.5 acres in Saint-Cyr-au-Mont-d’Or, this sublime villa of colonial inspiration, built in 1911, offers a wonderful view of surrounding nature. On five floors (of which two have been recently renovated), its living space of 900 m2 includes a triple lounge opening out to a huge terrace, and 5 bedrooms giving onto a vast terrace open to the sky. 3.120.000 €.

An engineer by training, Thomas Vantorre turned his attention to real estate in 2014 after devoting 20 years to nanotechnologies. In 2015, he opened the first Barnes agency on the Presqu’île de Lyon, then a second address two years later in the city’s 6th arrondissement. He also supervises an agency in Evian.